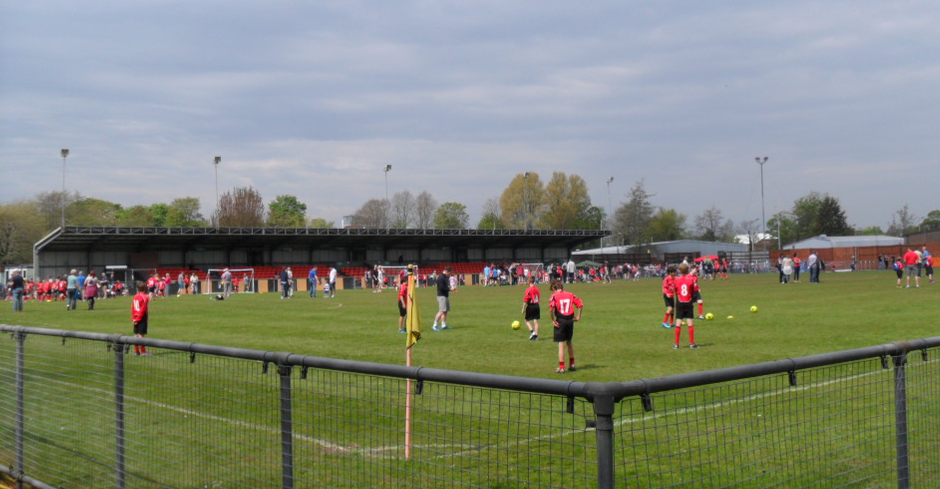 A introduction to our members and associates...

Newbury has a long history of local football, played in the town's Victoria district, stretching back to 1887 when its first team was officially formed. Newbury Football Ground, the only one in Newbury, moved a short distance to its current site in 1963 and has been used by all ages across the generations. The clubhouse at the "town ground" has been regularly used by the community for social gatherings and club meetings for over 50 years.

Following the demise of Newbury Town FC in 1995 due to financial difficulties and their successors AFC Newbury (not linked to the Boys & Girls club) in similar circumstances 10 years later, the empty ground was running into disrepair. In 2006 local side The Old London Apprentice FC took over the ground in 2007/8 by signing a 10 year lease. They renamed to Newbury FC and in 2007/08 they won promotion to Division 1 East of the Hellenic League. They currently play in the Thames Valley Premier League.

Chairman and experienced groundsman Keith Moss has won three groundsman awards and in 2016 came runner up in the Berks & Bucks FA competition. The county FA has also recently highly praised the quality of the pitch at Newbury Football Ground as being one off the top grounds for pitch quality in the region.

Proof that Newbury plays an important role in the national game, both from developing future talent and as a vehicle for existing talent to play and manage can be seen in the list of notable former players -  Theo Walcott and Charlie Austin played for the AFC Newbury youth sides. Other famous players include Brendan Rodgers, Steve Kean, Brett Angell, Darren Angell, Martin Hicks, Steve Richardson, Peter Rhodes-Brown, Mike Masters, Stuart Beavon, Mark McGhee and Ian Maidment.

AFC Newbury was formed in 1996 from the resources of three local clubs – Ecchinswell (founded 1906), Shaw Boys & Belles Juniors (established in 1972) and Wickham's U17 Youth Team.

AFC Newbury Boys & Girls, which incorporates AFC Newbury Colts, is a community-focused youth football club providing organised football training and team match play for over 300 children from Newbury and its surrounding towns and villages from the ages of 6 to 18.

The Club states that “We passionately believe football, like all sport, inspires young people and provides a focus for personal and physical development from early years into adulthood. We’ve seen first-hand how sport can turn lives around”.

Run by a dedicated team of unpaid volunteer committee members, managers, coaches and parent helpers, their aim is to provide football for all, irrespective of race, religion, creed, ethnicity or ability, in a fun, friendly and safe setting to build skills, team spirit and self-esteem. They are committed to creating and preserving a positive environment for children to play the best football they can.

The Club is affiliated to the Berks & Bucks FA who awarded them its FA Charter Standard in 2003. This Charter Standard scheme sets standards of coaching, administration and child protection for football clubs working with young people. Their coaches and managers first undertake the FA Level 1 Coaching qualification, which includes emergency aid and safeguarding children elements, and are security checked (CRC - Criminal Records Check). Many coaches are licensed and take higher qualifications to improve their skills at delivering quality football training. AFC Newbury Boys & Girls also support the FA's Respect programme which advocates mutual respect between players, officials, coaches and spectators.

Newbury District Primary Schools FA (NDPSFA) is a representative club selected from member schools. The teams play against other regional representative sides and compete in regional and national competitions.

NDPSFA is a highly aspirational level of football and has been for many generations of local primary school children. Trials take place to select the best year 6 and 9 school year children from the Newbury district and the selected players go on for one season of competitive matches across the South of England. A strong spirit of sportsmanship is encouraged, with smart dress before and after games and with food and refreshments provided for the visiting team after each game.

NDPSFA has a long-established tradition of a football tour, either to Jersey or within the UK, depending on the parents' fundraising activities. Many local men in Newbury into their 40’s and 50’s will still fondly recall their time on tour with NDPSFA.

Pro-cision offers a range of football coaching services to players, teams and coaches from beginner through to elite level.

With over 25 years' experience of delivering football coaching initiatives in local communities and professional academies, Pro-cision is able to provide a service that prides itself on the latest and most effective coaching methods and styles appropriate to the age and ability of the group.

Football services that Pro-cision provide in West Berkshire are:

Pro-cision believe everyone should be given the opportunity "to achieve their full potential" and this ethos underpins everything that they do. They also work in partnership with Global Premier Soccer, the largest soccer coaching provider in the United States.

The FA is the governing body of association football in England. Formed in 1863, it is the oldest football association in the world and is responsible for overseeing all aspects of the amateur and professional game. It as been actively engaged and involved with NCFG supporting the protection of Newbury Football Ground. A report from the FA in relation to football in West Berkshire identified that:

•The estimated health costs of inactivity in West Berkshire are £1.5m per year.

•Sport related activity is worth over £68m per year to the West Berkshire economy.

•There is a very clear link between poor facility experience (including availability of poor quality pitches) and declining participation.

•A significant slice of the £260 million FA National Game Strategy budget over the next four years has been allocated to improving facilities directly.

•The loss of playing fields has been well documented and adds to the pressure on the remaining facilities to cope with the demand, especially in urban areas.

•The FA Chairman’s Commission identified facilities as a key priority for future investment alongside revised and improved coaching structures.

•The lack of an up-to-date, Playing Pitch Strategy in West Berkshire undermines the Council's ability to make fully informed decisions on the future pitch provision in West Berkshire (the long overdue PPS was published in late 2019 and adopted by the council in 2020).

The FA report concluded that better pitches and greater availability to use them are the key triggers to bring about greater participation across the game. That’s why The FA is placing significant investment in building more pitches (synthetic and natural turf) and protecting and enhancing existing ones. It is essential to the FA not only in sustaining the eleven million people that play football in England but also in support of the FA and the government ambition of getting more people playing the game. Protecting and enhancing football in Newbury is vital component of its strategy.

In support of the Newbury Community Football Group bid to list the Newbury FC ground and facilities at Faraday Road as an Asset of Community Value the following information will help to demonstrate the alignment of the groups ambitions with FA and Sport England/government priorities.

Role of Sport in West Berkshire

It is important to recognise that sport makes a profound and positive impact on individuals, communities and wider society. Boosting participation in sport can generate a range of social and economic benefits for local communities.

There is a strong body of evidence of the health and physical fitness benefits of sport, for example the link between physical inactivity and obesity and the role of physical activity in reducing the risk of cardiovascular heart disease. The estimated health costs of inactivity in West Berkshire are £1.5m per year.

Evidence on economic benefits includes information on employment levels, the impact of sporting events and the economic benefits from health improvements associated with increased physical activity. Research commissioned by Sport England shows the direct contribution of sport related activity is worth over £68m per year to the West Berkshire economy. There is an additional £65m economic value per year in improved quality and length of life for West Berkshire residents combined with health care costs which are avoided in the local area.

The FA State of the nation report – December 2015

The FA has released data from the largest ever survey into grassroots football it has undertaken. The national grassroots surveys have been conducted by the FA insight team each year since 2011.

During October 2015 more than 28,750 players, coaches, referees, staff and volunteers responded to the online poll. And results show that their commitment to supporting the national game is steadfast – with more than three quarters of respondents indicating that they plan to maintain or increase their involvement next season.

More than half (52%) hold the view that football is the most value-for-money sport to take part in – beating cycling (36%) and running (32%). But the survey also confirms areas where it is widely accepted the state of the grassroots game needs to improve.

When it comes to playing facilities, in line with the findings of (now ex-chair) Greg Dyke’s Chairman’s Commission, the survey found that among existing players, availability of pitches remains the biggest factor in how much they play, and a lack of quality of pitches is putting them off playing more.

The survey found that players with access to better quality pitches would to play 25% more often than currently, while those playing on poorly maintained pitches are likely to reduce the amount they play next season.

Essentially, there is a very clear link between poor facility experience (including availability of pitches) and declining participation.

Currently in England, 83% of pitches are publicly owned and, as austerity measures kick in, local authority budgets are increasingly being squeezed. Funds for pitch maintenance are often at risk as councils are forced to prioritise essential services.

Like their national body the FA, the Berks & Bucks FA has also been very supportive of the aims of NCFG and the need to protect Newbury Football Ground.

The information below was provided by the Berks & Bucks FA, outlining a county and local context in support of NCFG's bid to list Newbury Football Ground and its facilities at Faraday Road as an Asset of Community Value.

Lead, Protect & Support “Your Journey in Football” by working in the interest of the long-term interests of grassroots football across the County.

The Berks & Bucks FA is the 7th largest County FA in the Country with 734 clubs (3298 teams), 63 competitions and thousands of volunteers across the county.

Within West Berkshire, we have 55 Clubs, 234 teams affiliated to the Berks & Bucks FA who play regular grassroots football, training and weekly fixtures. 20/55 Clubs within the West Berkshire hold the FA Charter Standard mark which is an accreditation awarded to clubs rigorously adjudged to be well-run and sustainable – and which prioritise child protection, quality coaching and implementation of the Respect programme. FA Charter Standard Club, AFC Newbury Boys & Girls are one the football clubs that holds this prestigious award and current affiliate with 16 teams while AFC Newbury Colts run 13.

Please refer to the below table which outlines the current baseline of teams within West Berkshire and the 2019 focus for retention or growth of new teams: -

Total No of Female Teams 27

No of Youth Female 23 (Growth)

Total No of Disability Teams 3

No of Male Disability  3 (Retain)

No of Female Disability 0 (Retain) 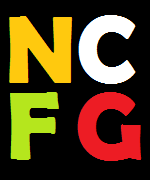 John managed youth teams at AFC Newbury Colts for 12 years and was AFC Newbury club secretary for most of that time.

Jack was secretary of Newbury Ladies FC for many years.

Jason has been involved with local football all his life, managing Newbury & Thatcham Town, youth manager/deputy chair at AFC Newbury and coaching with Pro-cision.

Nic is a keen football supporter and passionate about local football.

Working together to make football better in Newbury...